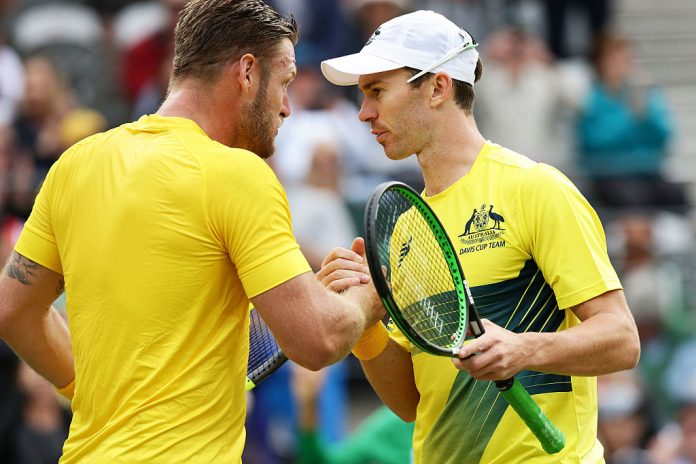 Australia is back into the World Group of the Davis Cup after wrapping up the play-off tie against Slovakia with a four-set win in the doubles on Saturday.

John Peers and Sam Groth, teaming up for the first time, won 6-4, 6-2, 6-7, 7-6 against Slovakian pair Andrej Martin and Igor Zelenay to give Australia an unassailable 3-0 lead leading into the third an final day's play on Sunday.

On Friday, Nick Kyrgios and Bernard Tomic set up the win for the Aussies with straight sets victories in their opening singles matches.

Tomic and will face Martin in the reverse singles on Sunday, while Kyrgios will play Kovalik.