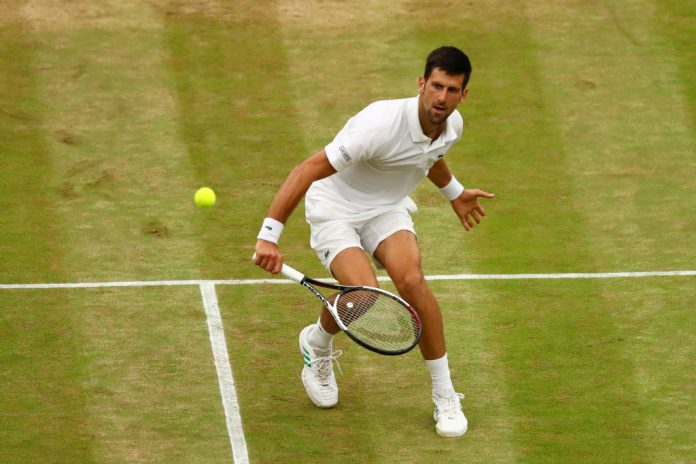 Former world No.1 and three-time Wimbledon champion, Novak Djokovic has criticised the condition of the courts at the All England Club, stating they are some of the worst he has played on at Wimbledon since coming to the event.

Djokovic overcame Adrian Mannarino in the fourth round to advance to the quarter-finals overnight, with a 6-2, 7-6, 6-4 win.

However, post-match he was highly critical of the playing surface.

“(The) courts, honestly, are not that great this year and many players feel the same, but it is what it is,” Djokovic said.

“I’m sure they’re trying their best, but I’ve played on better courts.”

The 12-time Grand Slam winner also brought up the state of the grass with chair umpire, Carlos Bernardes during hsi match.

“He wanted me to show him, so I showed him,” Djokovic said.

“His reaction wasn’t that great.”

He also commented on his dissatisfaction with the courts after his third round win over Ernests Gulbis.

However, Djokovic's opponent in the fourth round, Mannarino, said he had no issue with the court.

“To me, the Centre Court (was) really good, actually,” Mannarino said.

“Maybe he was complaining a little bit, but compared to the other courts I’ve been playing on before, it was good.”

The All England Club's head of courts and horticulture, Neil Stubley, said on Saturday the grass was healthy and suitable for play following measurements taken by his staff.