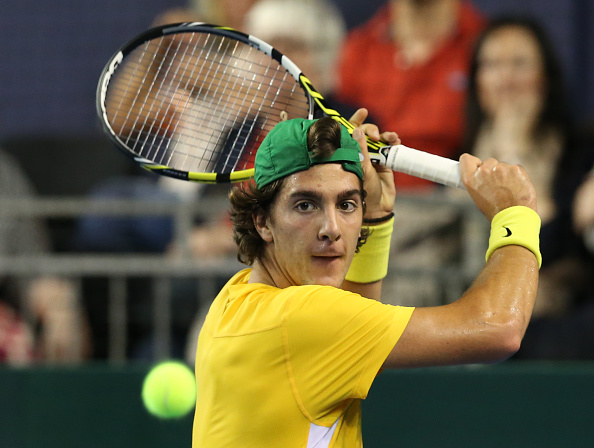 Aussie young gun Thanasi Kokkinakis has pulled out of the 2016 Australian Open due to a shoulder injury.

Kokkinakis revealed the news on his official Facebook page on Thursday night.

"Hi everyone, I’m shattered to let you all know I’m still having issues with my shoulder and won’t be able to play any of the events in Australia this summer," Kokkinakis wrote.

"My team and I had hoped a good rest at the end of the season would fix the problem, but it now turns out I’ll need to have some minor surgery and will be out for the next few months.

"I’m confident this is just a small setback and having it done now is the best option for the long term."

The 19-year-old, who is currently ranked No. 80 in the world, was due to play events in Adelaide and Brisbane in the lead up to the Australian Open.