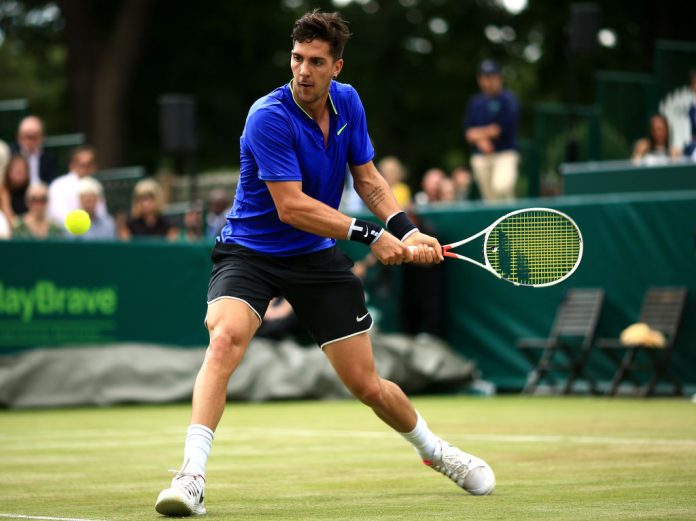 Australian youngster Thanasi Kokkinakis has employed the services of former Wimbledon finalist, Mark Phillippoussis for the the third grand slam of the year.

Kokkinakis, now ranked No.498 in the world following the best part of two years out of the game due to persistent injuries, has been in promising form since returning from injury, beating Milos Raonic at Queen's Club last week.

Phillippoussis will come on as consultant during Wimbledon, as Kokkinakis looks to get his career back on track. However, he will still also be working be working with  long-time coach Todd Langman.

“He’s (Philippoussis) helped me for a long time, just like in and out whenever he can. Obviously he’s very busy with his own things,” Kokkinakis said in an interview with AAP.

“But Indian Wells a few years ago he was out there watching and he’s always sending me messages of encouragement.

“Someone like that, obviously it helps having them around for a little.

“But you want to have it day in, day out to see what he can bring. It’s tough to make a massive change in two, three days but we’re going to have a crack.

“It’s good having him there. He’s just a good guy, first of all, and he’s a legend in the sport, especially in Australia.”

Kokkinakis has had success at the All England Club before, winning the junior doubles title with Nick Kyrgios in 2013.

The 21-year-old faces a daunting task in the opening round, with former US Open champion, Juan Martin Del Potro, ready to spoil the Aussies' comeback plans.