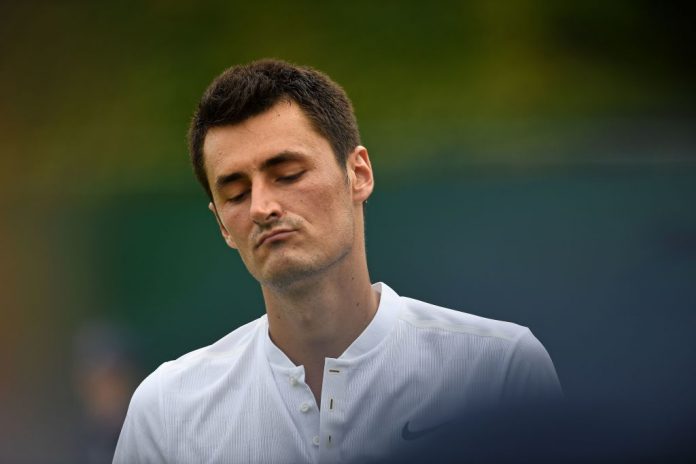 Bernard Tomic has been slapped with the second largest fine ever issued at Wimbledon for his comments following his first round exit.

Tomic, who admitted to faking an injury and being bored during his loss to Mischa Zverev during his post match interview, has been hit with a $20,000 fine by grand slam officials.

The fine will be deducted from his $64,000 prize money for reaching the first round.

The 24-year-old has also been dropped by his racquet sponsor, Head. “We were extremely disappointed with the statements made at Wimbledon by one of our sponsored athletes, Bernard Tomic," Head said in a statement.

“His opinions in no way reflect our own attitude for tennis, our passion, professionalism and respect for the game. Therefore, we have decided to discontinue our collaboration with Bernard Tomic.”