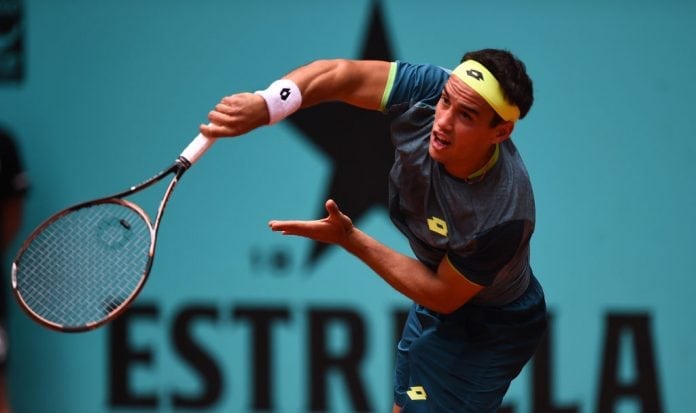 ATP world number 100 Nicolas Kicker has been suspended for six years and fined £20,000 for match fixing.

The Argentine was found guilty of fixing two ATP Challenger tour level matches in 2015 and failing to fully co-operate with the Tennis Integrity Unit’s investigation.

Kicker will be allowed to return to tennis in three years as long as he 'commits no further breaches.'

He is not allowed to compete in or attend any sanctioned tennis events during his ban.

The 25-year-old reached a career high ranking of 78 last year and has won 10 ITF titles and three Challenger titles.