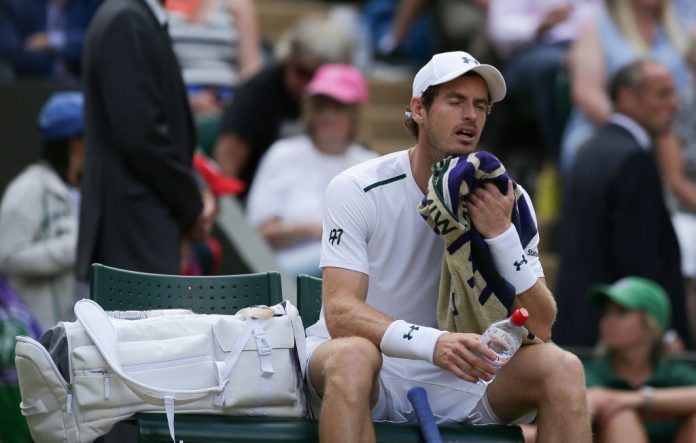 After a rain soaked morning in London, Wimbledon finally got underway for the first time since 2019 with second seed Aryna Sabalenka winning the first match against Romanian Monica Niculescu.

High seeds tumbled out early, with Roland Garros finalist Stefanos Tsitsipas losing in straight sets to American Frances Tiafoe. Tsitsipas, currently ranked number four in the world, failed to convert seven break points throughout the match as Tiafoe stunned on the big stage, knocking the Greek out in the first round at Wimbledon for the third time in his career.

On the women's side, another American in Sloane Stephens pulled off an upset, beating two-time Wimbledon winner Petra Kvitova in straight sets, 6-3 6-4. In Stephens' first game in grass on two years, the 28-year-old showed no signs of an ankle injury that caused her to withdraw from a lead-up tournament in Germany last week, instead winning 78% of points on her first serve.

Andy Murray survived a third set scare to defeat Nikoloz Basilashvili in four in just over three and a half hours. This was Murray's first appearance at Wimbledon since 2017, where he made the quarterfinals. The 34-year-old has undergone two hip surgeries and suffered through groin injuries, slipping to number 839 in the ATP rankings in 2018 as he was forced to withdraw from tournaments and consider retirement.

Murray led 5-0 in the third but was stunned when Basilashvili won seven straight games to take the set. As poor weather forced the roof closed, Murray took the opportunity to use the break to compose himself before winning the match in the fourth set.

It was a disappointing day for Australians, with John Millman losing in four sets to Roberto Bautista-Agut, while Christopher O'Connell's match against 13th seed Gael Monfils was suspended due to the weather at one set a piece.

Australia's highest ranked players, Ash Barty and Alex De Minaur both begin their campaigns on day two, while Roger Federer matches up against Frenchman Adrian Mannarino as he begins his quest for elusive grand slam number 21.